Back, after visit to Canada

While we were back in Canada we had a surprise visit to the Nanaimo hospital. It went like this: After dinner Carole starts to get what feels like a cramp in her gut. It gets worse and worse, to the point that she is literally crying from the pain. But rather than going to the hospital Carole wants Bill to call the nurses hot line to see what they would suggest. Bill made the call and opened a case and was left on hold waiting for a nurse to be available. Meanwhile, Carole, not able to move made some comment about what the nurse might decide. Finally Bill said the only decision to be made here is whether I drive you to the hospital or we call the ambulance. We drove to the hospital.

It turned out Carole had a gallbladder attack and ended up getting her gallbladder removed. This was surprising and shocking as we kind of had a vague idea of what the gallbladder does but neither of us knew that it is something we can easily live without. So we weren't prepared to be suddenly faced with the decision of removing it or not. In the end, it seemed better to have it done in Canada rather than facing the possibility of another attack and an operation in China. So, Carole underwent the knife. very small incisions though, its called laparoscopic surgery: 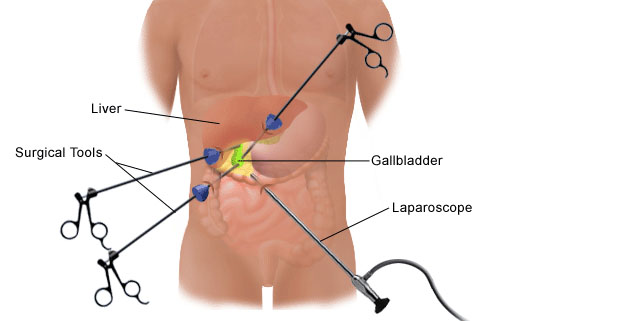 It was 24 hours in the hospital before the operation actually took place but then we were both home again by noon the following day. Then Carole had recovery time (no lifting, limited mobility and little appetite) interspersed with tests, doctors visits and all sorts of things in Nanaimo in addition to the dentist and naturopath appointments we had already scheduled in Victoria. One of the tests was in a fancy MRI machine that we had previously only seen on TV. And yes it looks just like on TV (this isn't the actual one, we searched the internet for a photo and chose this one for the green, cold, hue): 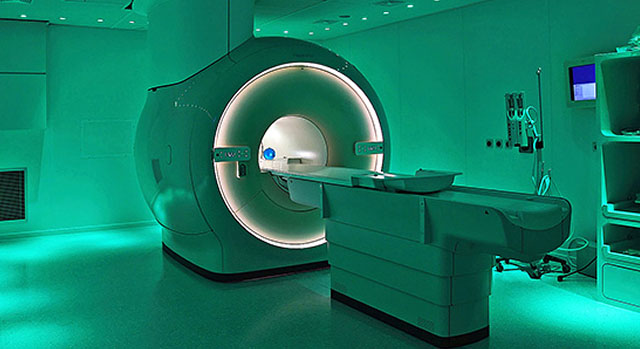 But Carole wasn't prepared for the experience of being inside it. She describes it as being "locked in a tube listening to the critical mother's voice barking orders at me."  In fact there was a mechanical voice coming from her sound-protection headset, slightly over top of the mechanical thumps and whirs of the machine, telling her "Breath in.  Breath out.  Breath in.  Breath out and hold..."  She describes it as a very one-sided conversation, and no apparent escape!

Finally, three weeks after the operation is when our flight back to China was scheduled and the doctor gave us the go ahead, so off we went. Of course Carole was still on her "no lifting" restrictions to I was entrusted with 4 extremely large checked bags and 2 carry-on bags, while Carole walked slowly beside me.  Carole felt guilty and I felt...burdened, although somewhat heroic. We had the maximum allowed checked baggage: 4 suitcases of maximum dimension, each of which was a few ounces under the maximum 50lb. 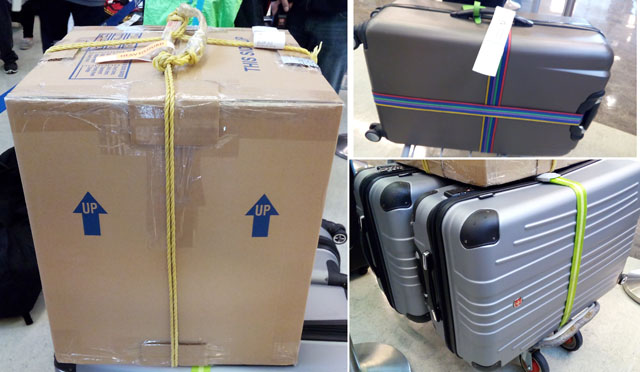 Our arrival here was a bit rocky since while we were away a pipe froze and burst in our house and the repairs were not quite finished when we got home. Also the underground pipes to the restaurant across the street froze and it was closed till further notice so now we had to start cooking at home which is doable but requires shopping for food. We made a couple of trips into Yanqing but then found we could get by just shopping at the village market. So I would go every five days to stock up on fruit, vegetables, peanuts and tofu. Sometimes we'd get adventurous and buy something unknown. Of course my level of communication at the market consists of asking how much something costs so I can give them the correct amount of money, so unknown foods remain unknown till we take it home to try it. Like this stuff:

We actually posted this picture on Wechat (the Chinese replacement for Facebook) hoping someone could tell us what it is. We never did learn what it is. But it sure seems like a kind of tofu, even though it is green. we ate one slab of it in our hands as if it were flatbread. The next day we sliced up the rest to add to a stir-fry.


Also by the time we got back, the company we worked for had merged with a division of another company. They now have more than twice the staff as before and they say they will have to renovate the basement of our house into offices for 6 staff members. Also they have not yet settled into the new structure and its even more chaotic than before, from our perspective anyway. At any rate they are not yet organized enough to have much for us to do, so fortunately we have time to shop for food and can actually enjoy our fresh food and home cooking.

The final straw of our rocky start back here is that we had almost 2 weeks of heavy, heavy, heavy pollution days. So, since we had spare time and were listening to our air purifiers all day long, I embarked on a sound dampening project. The result was transforming the left fan below left to the sound insulated version on the right.

But of course those of you subscribed to the online blog would know this already. I posted the whole story here http://china.blog.leuze.ca/2016/03/air-purifiers.html but since it is more of a technical story and not really about us, I didn't send it out by email to everyone.

So, yes, by the time we had the sound levels down on our fans we were happy, and then the smog went away and we were even happier. The amazing thing I noticed while walking outside is that the hills now look to be three dimensional. I had gotten used to seeing them through the haze and looking like cheap movie set backdrops. What a difference fresh air makes.

Here are what the hills look like from our back porch on a clear day: 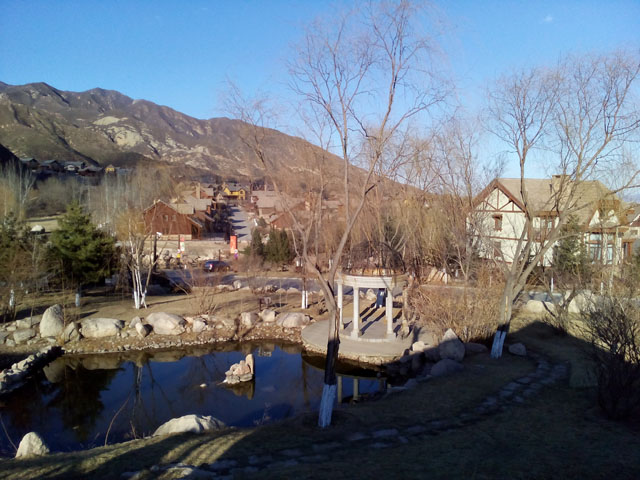 With the new clean outdoor air I finally felt comfortable spending some time outside mounting the new wind chimes we got while we were away. We got the bamboo chimes in Vietnam and the glass/rock chimes in Canada. We knew we liked the sound of each of them when we got them but didn't know what they would sound like together. We just love them. Here's a little video where you can hear how they sound together:

We are able to enjoy it here now, breathing fresh air and listening to our wind-chimes while we wait for the organizational restructuring and the house repairs and renovations to settle down.
Posted by Unknown at 5:37 PM