Well. Today I have another hiking story. You may wonder if we ever do any work here as all my stories are about our leisure time. Well there are 2 reasons for that:


Ok, back to the hiking stories. A while back we walked up to the other end of our road and found that it ends in a locked gate that accesses something called "The Great Canyon". Well, yes that means "Grand Canyon" of course but this is what happens sometimes when phrases get translated into Chinese, then translated back into English. 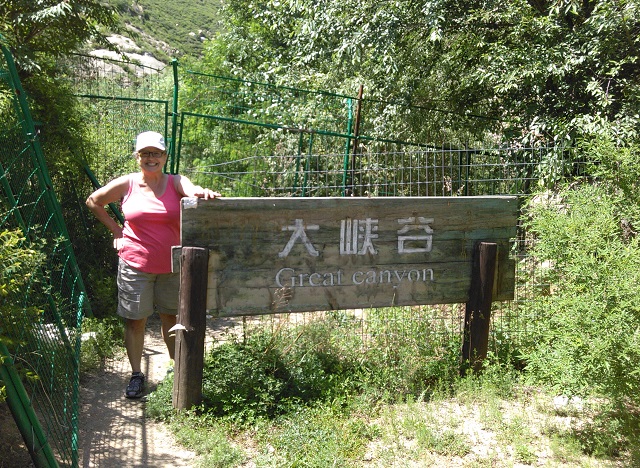 A few days later we found out that sometimes the gate is unlocked during the day, so its OK to go there. And even if it is locked there is a way around the gate: 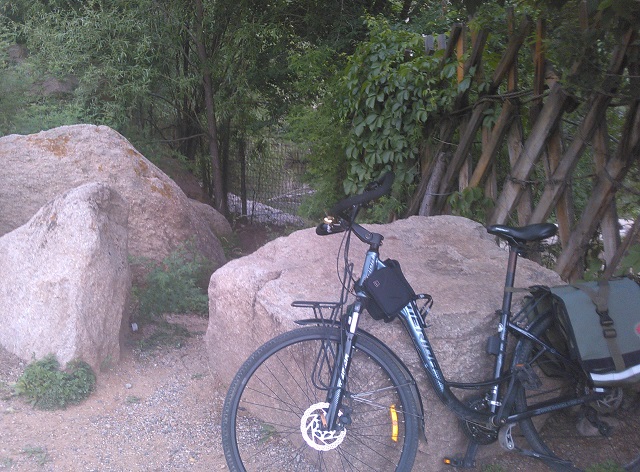 Its a tight squeeze, but we can get through. 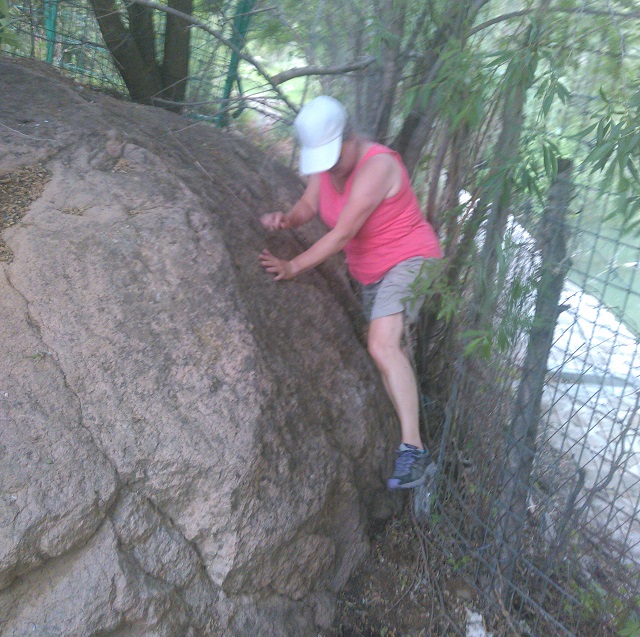 It is a nice easy walking trail along the valley bottom. 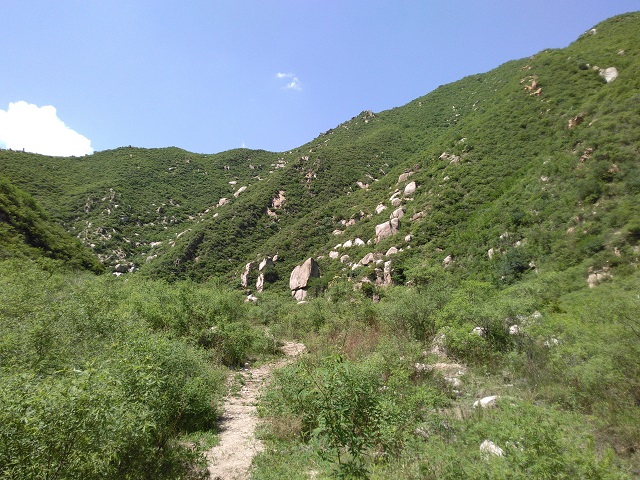 and there is a stream that is good to drink from. 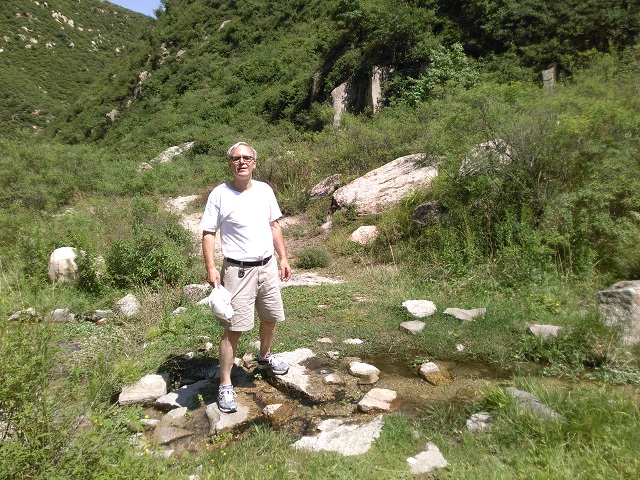 All along the Vally, the hills are rocky like this: 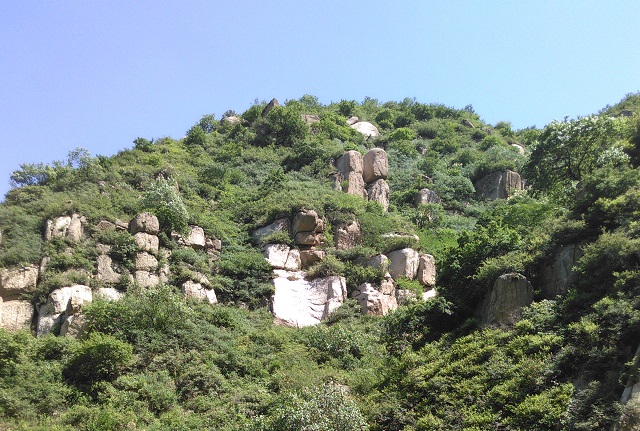 If we get hungry there is something to eat out here - wild onion: 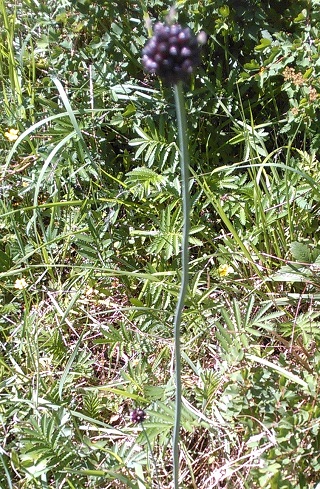 And then fortunately we can clean freshen our mouths with some fresh mint: 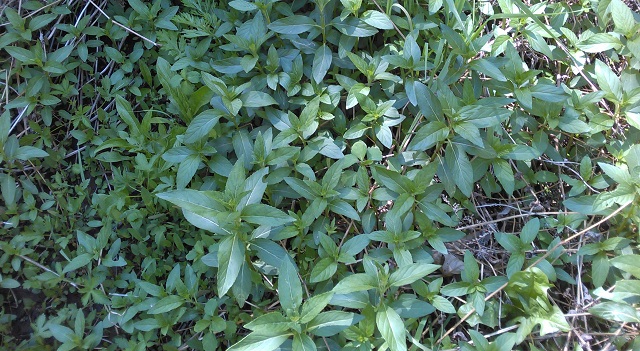 And after 1.5 KM we get to what looks like the end of the trail. 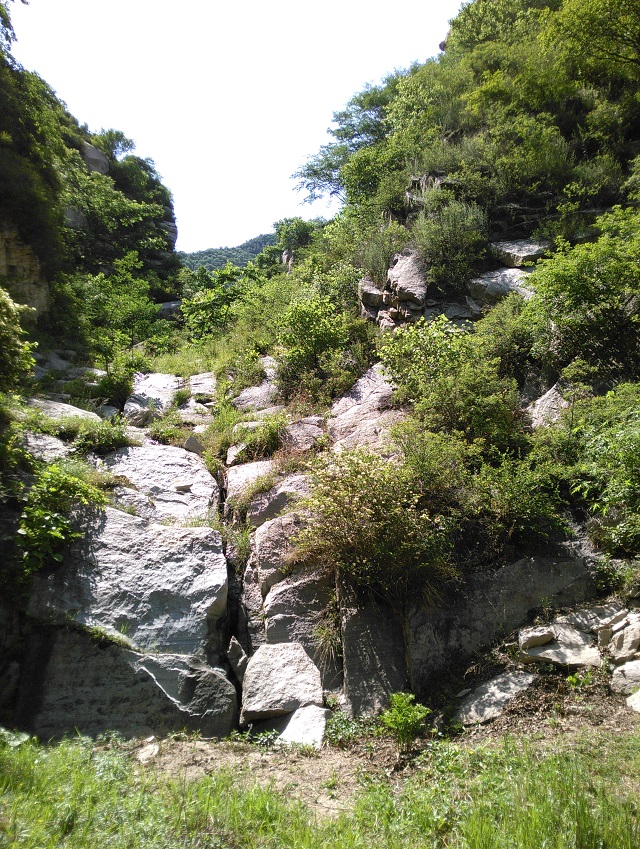 I climbed up the rock to look and found another wall. 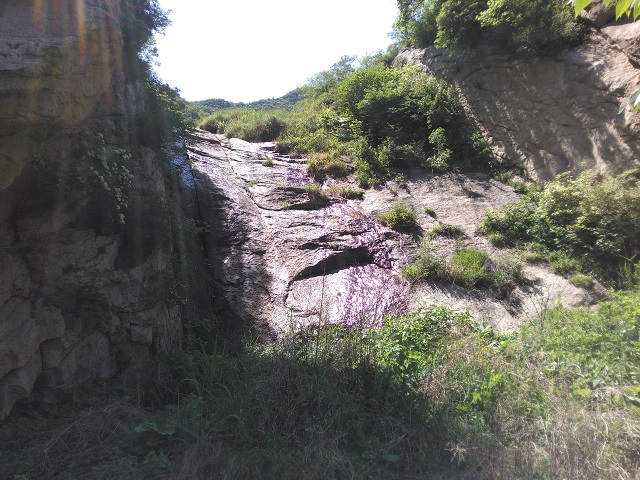 Then at the top of that wall was an empty valley with no trail that I could see. 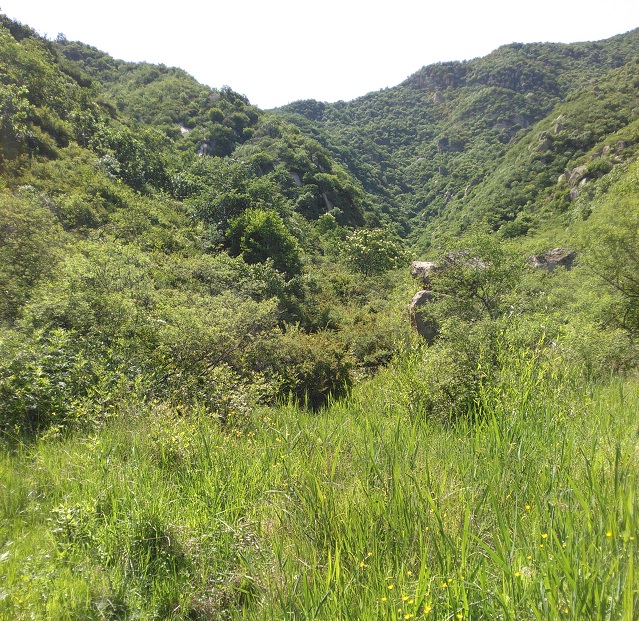 Some day I may go and explore up that valley some more, but for now Carole was down below the walls waiting to go back.


There was a little wildlife too on this trail. One pheasant scared me as it came flying out of a bush just 1 meter in front of me. Also a little frog: 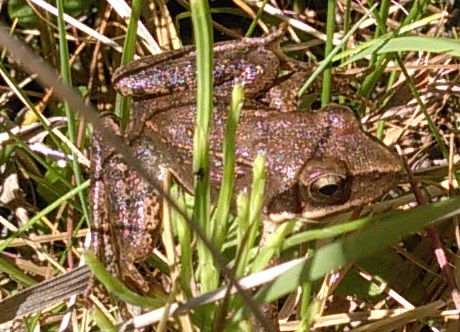 These Millipedes are everywhere and they are big. 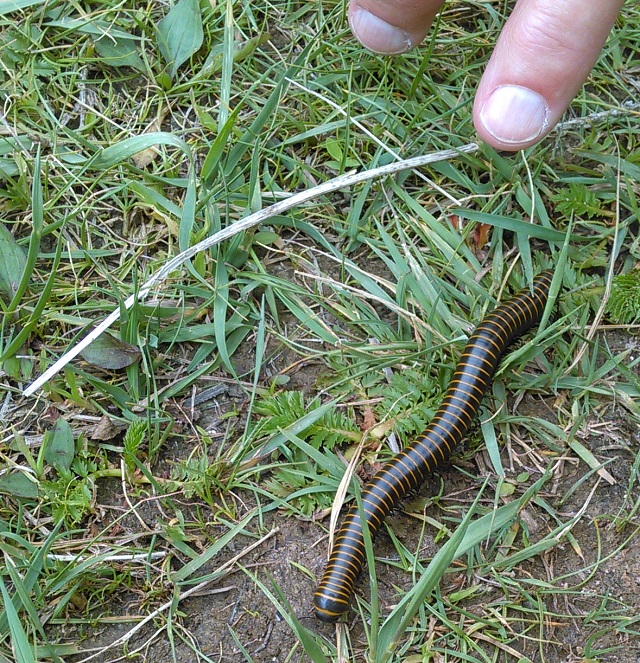 And now to transition from animals to insect and on to flowers is this moth in a flower field. 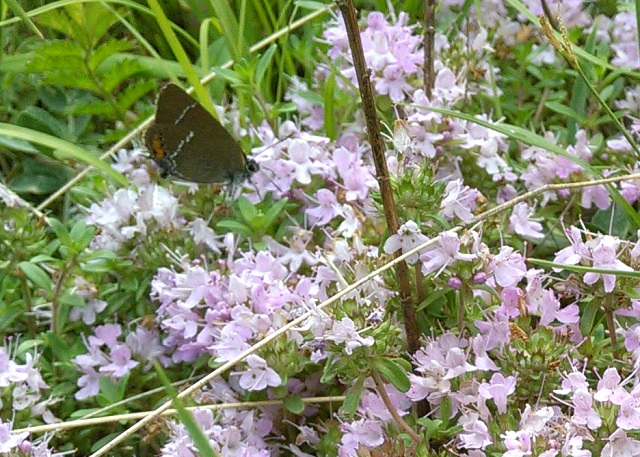 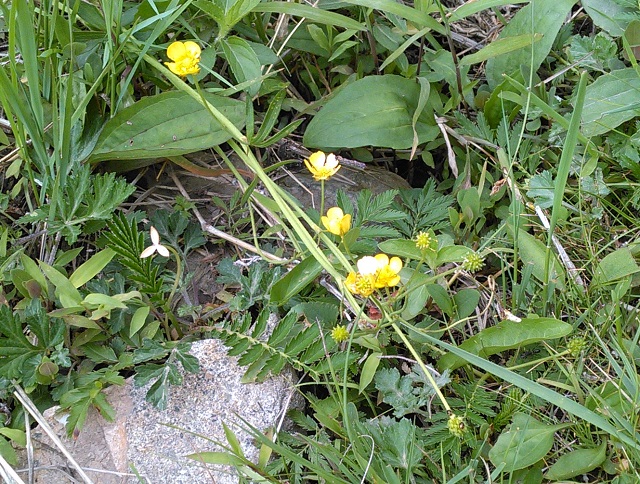 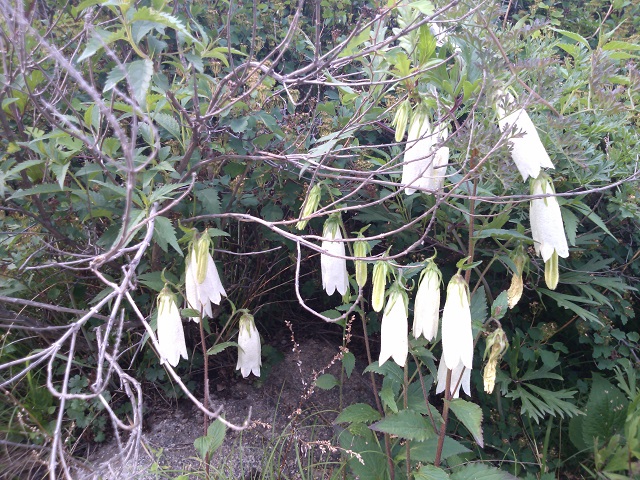 Back on the trail, I stopped to pose for a photo under this lone tree and that's when I discovered there is another branch of the trail heading up past this tree, up another valley. 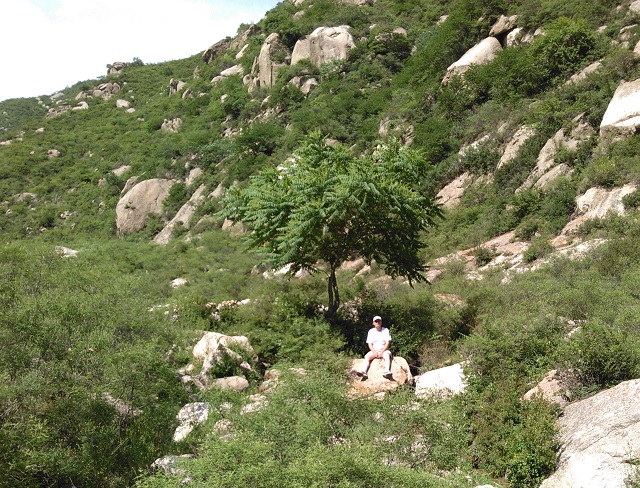 So, fast forward a week or so later and I came back out to explore this other trail with Lyle. After about a couple of kilometer it is not a gentle path anymore, but rather a steep climb. Here we got the best view yet of Jackson Hole. 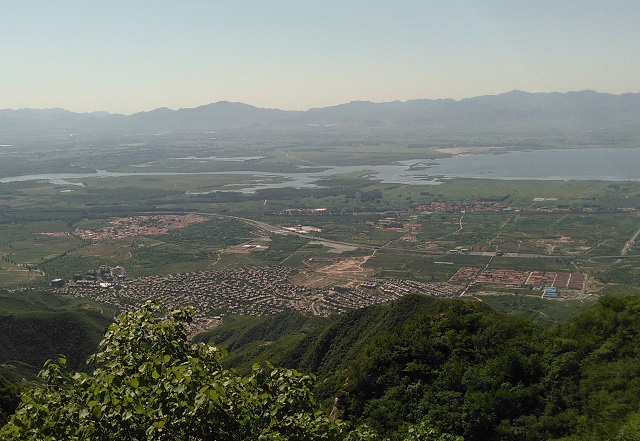 We can see pretty much the whole development (except for our house which hidden is behind the hill). You can see here, on the left where the development end in a sort of arrow tip, that is the main gate into the community and then just down the road from there (heading towards the river) is the village where there is a market every 5 days. And on over on the right hand edge of the community is another village which is so close that it is practically connected but you can see it is a grid layout rather than the twisty street layout of Jackson hole. That village is a three minute bike ride from our house and we can also buy some hardware and groceries there (including icecream sticks). Just beyond is one of the reservoirs of water supply for the city of Beijing.

Anyway, we keep on going down the path. I mean up the path. After 7 KM distance and 790 M rise in elevation when we found the prize - more caves that we didn't know about before: 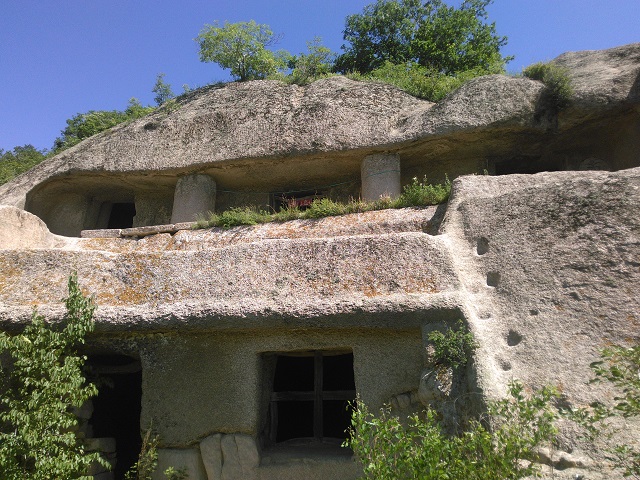 Inside this lower level there is even a well with water in it. It is rather brownish water which i would not drink without disinfecting first. And then around the corner is another 2 level cave carved onto the other face of the rock: 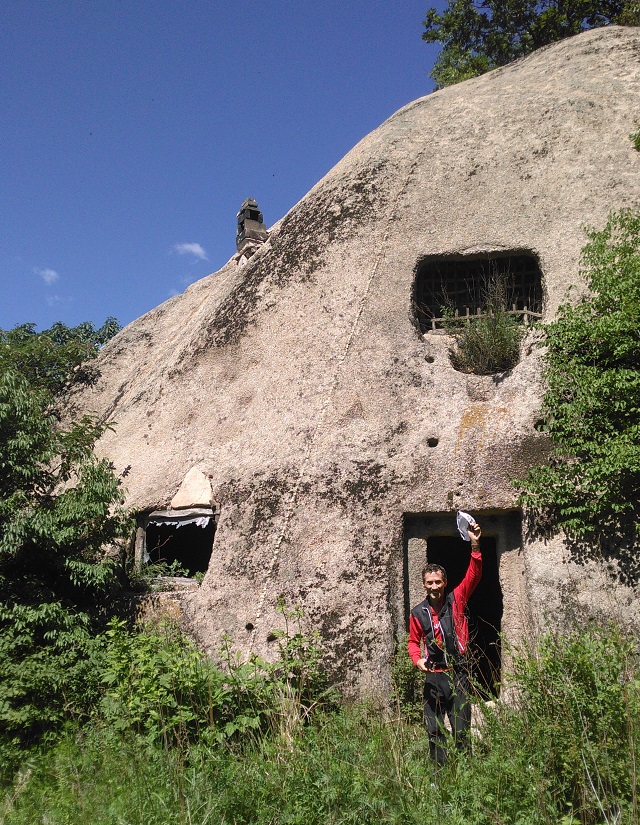 Obviously other people know of these caves because someone even has this one set up as a weekend camping space: 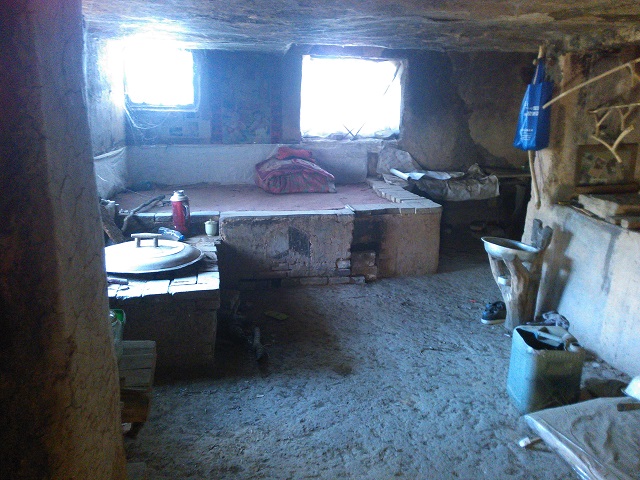 Then up on the top we can get around to the second level that we could see from below when we first got here. There is a whole patio deck out front: 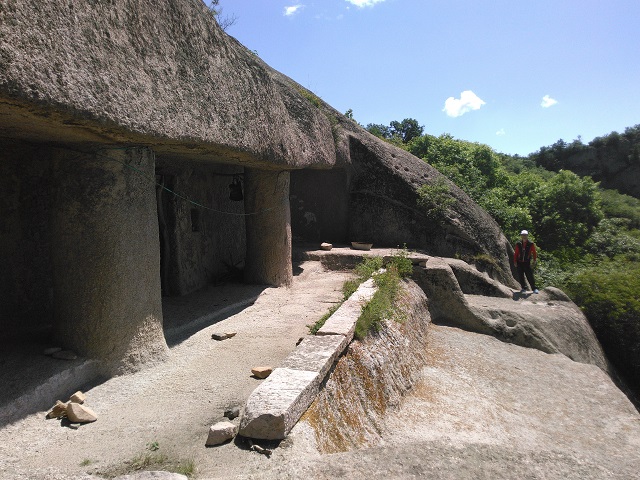 and inside is sort of a temple area 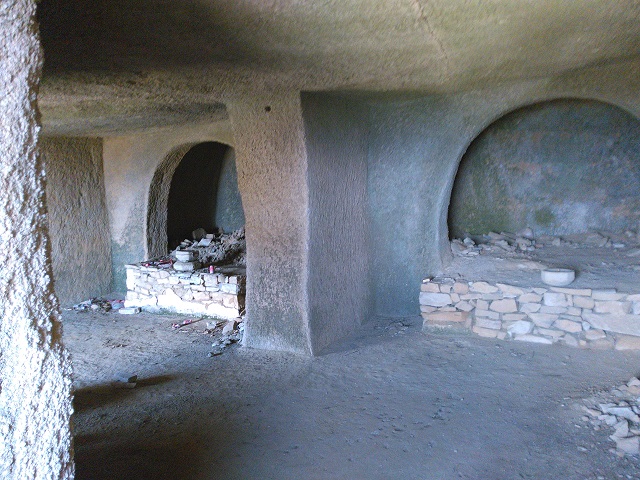 Last thing before leaving the caves is a lovely lily we found growing on top: 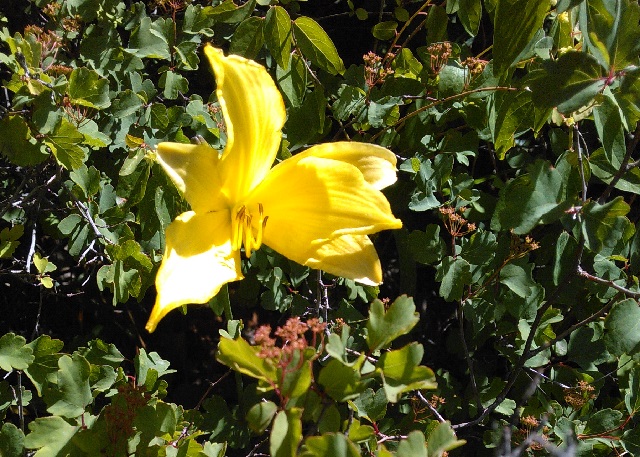 For a closing note, on one of our earlier reconnaissance trips up this path we ran into a group of young hikers all loaded down with camping gear. They were on the last leg of a 2 day, 26 KM trek over a mountain and down the other side. We exchanged contact info with one of them who spoke a little English and this eventually led to us getting interested in a day trip up that same mountain - stay tuned...