Up the Tianhuang Mountain

When we first got to China we visited the GuyaJu caves May 7, Domestic Life in China. Then a little while later we went part way up Hollywood Drive because we heard there were more caves up that way April 19, Food and Fun in China. Well, now we have gone further up that road a few times, and once even all the way up to the top. It is a longer walk than we thought at first. It is a bit over 4 km distance and a 350 meter rise in elevation

As soon as we turn the corner at the end of the development we see this gate. We had to make sure to visit this area before summer because in fire danger season, the gate is closed and there are forest rangers stopping people from passing:

The tent on the left is where the beekeeper hangs out. And here he is with his bees: 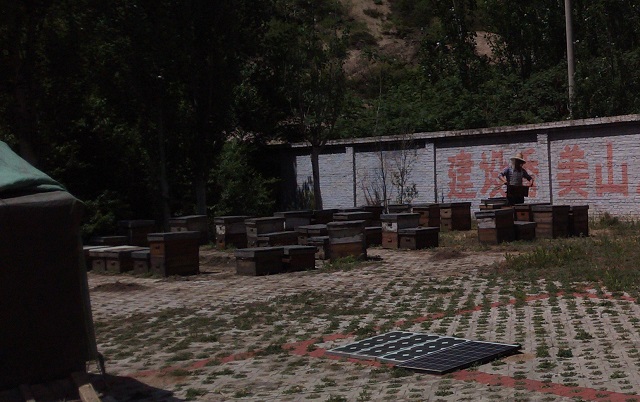 And another 200 meters further we come to what looks like an old school or college of some kind. No one seems to be here. But Carole remembers when she was here 5 years ago to lead a workshop, the Jackson Hole development was only partially developed so the workshop participants where housed in this building. They complained as it was not very nice accommodation: 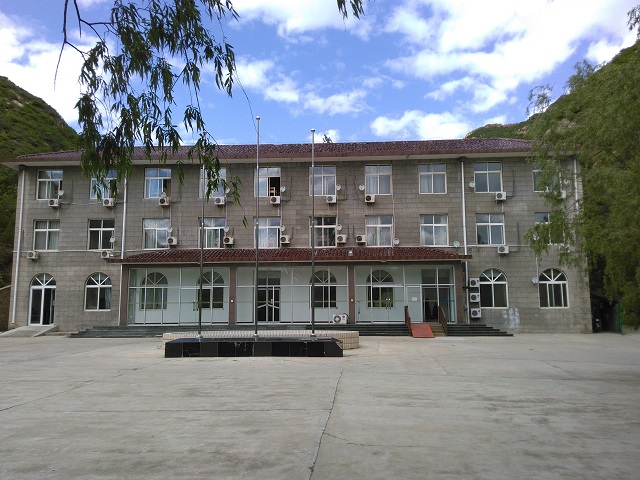 By this point the road is getting smaller, Still paved but only single lane: 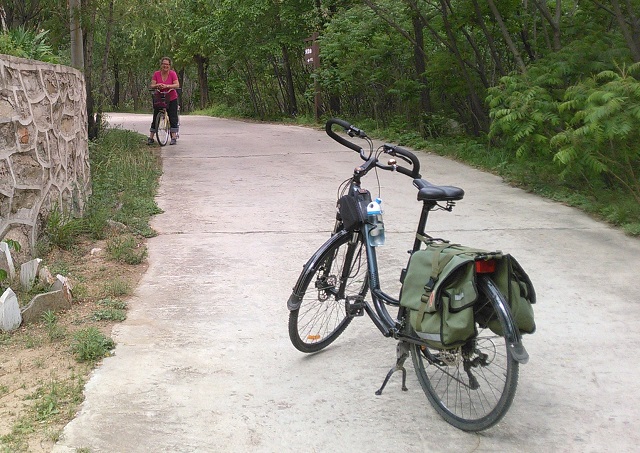 Along the way we see a family of goats. Each time we come they are in different spot. The farmer ties up one goat and the others all stay close. The baby is cute of course: 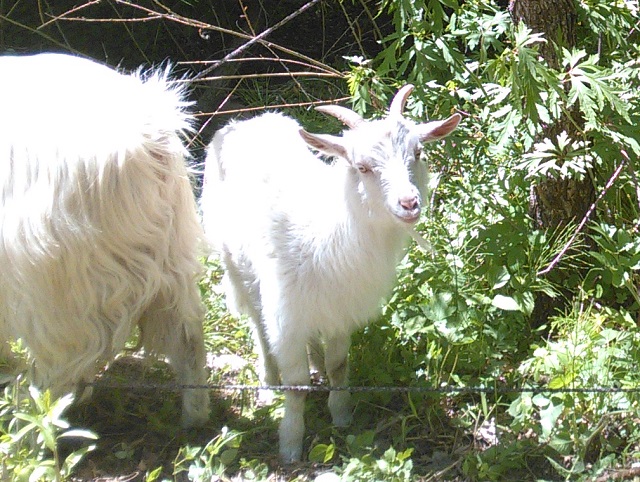 And now the road is dirt and we come to another gate. Lots of gates in China: 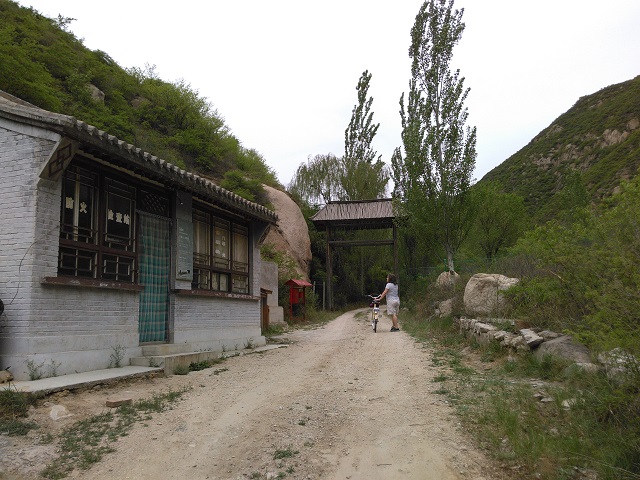 This used to be the public entrance to the mountain park and caves. But now the access to this road is in in the privately owned "Jackson Hole", so only residents, invited guests and employees can visit. Used to be anyone could visit (for about $5). This unmanned ticket office in front of the gate is left over from a previous time: 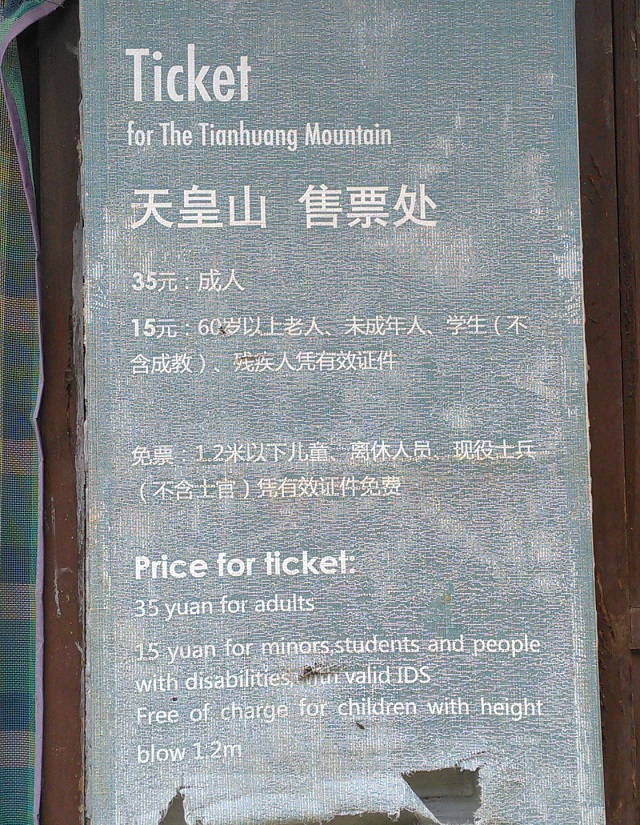 And finally at the end of the dirt road we come to a temple that was under construction and abandoned when almost complete: 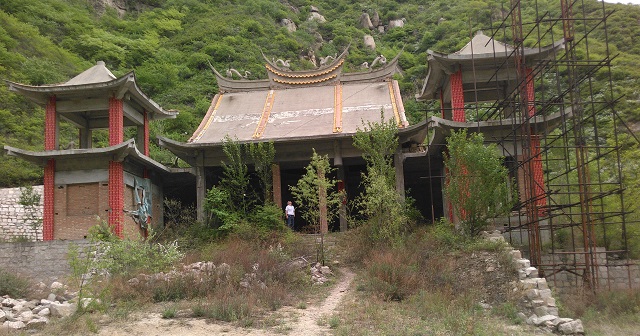 It was only after I climbed up the scaffold that I found there are stairs inside. I took the stairs down: 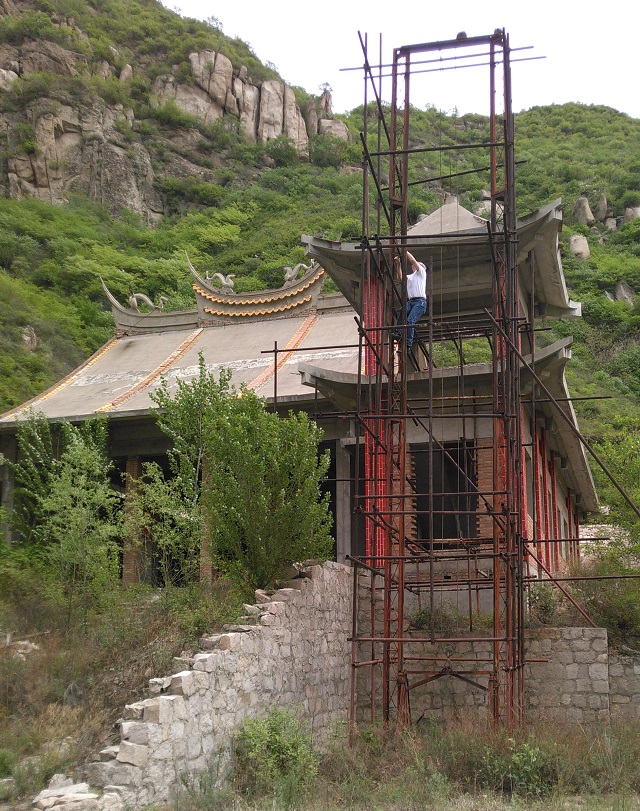 It's unfinished construction and not accessible by the general public, but still people come here to burn incense and leave offerings: 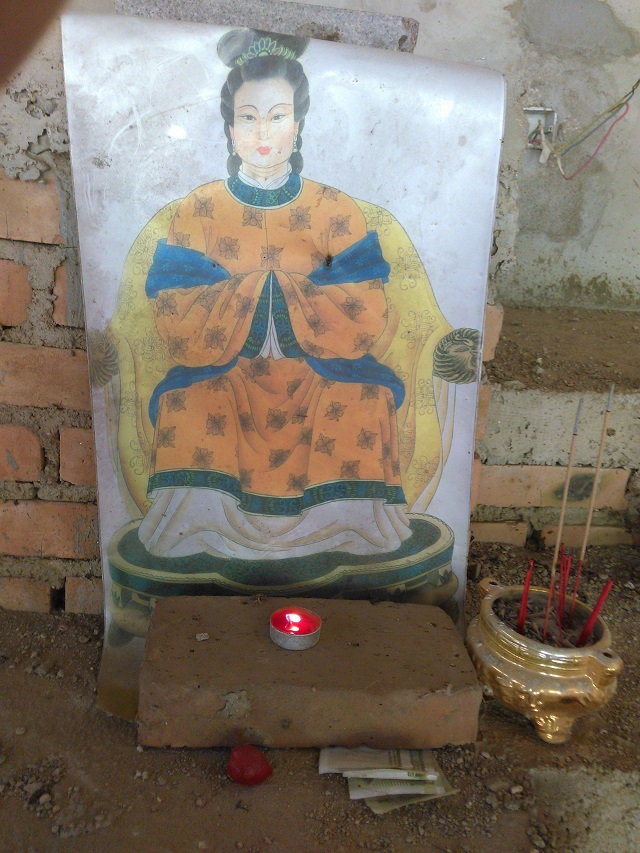 So right after this temple is where we leave our bicycles behind set out on the steep climb. It is actually very well constructed for the most part: 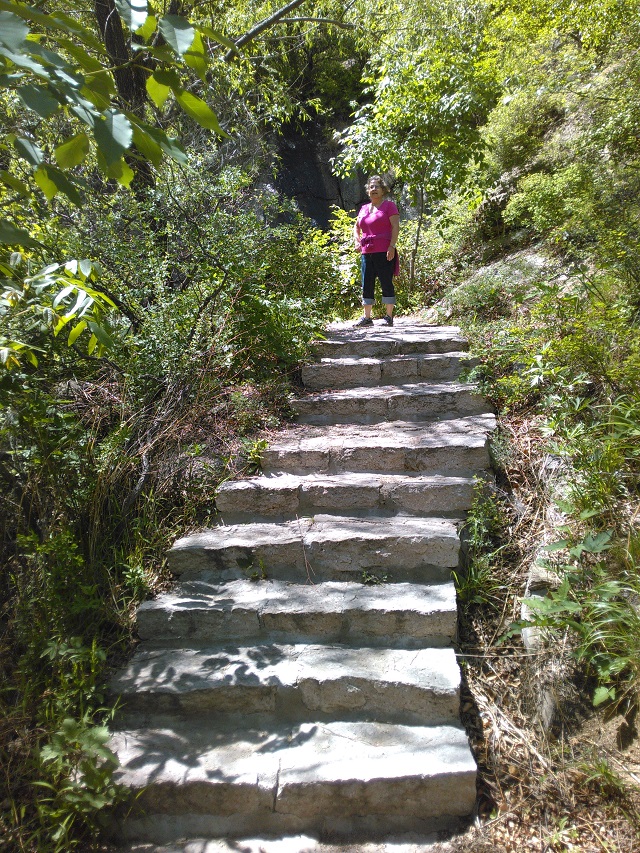 and now from a vantage point we can look down on the temple below: 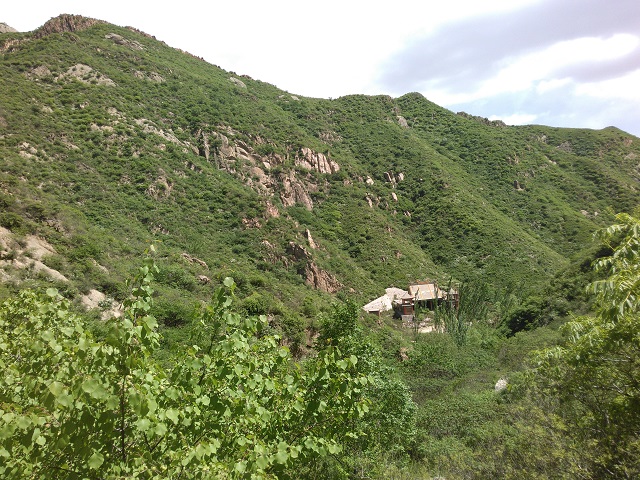 Rest stop with a view: 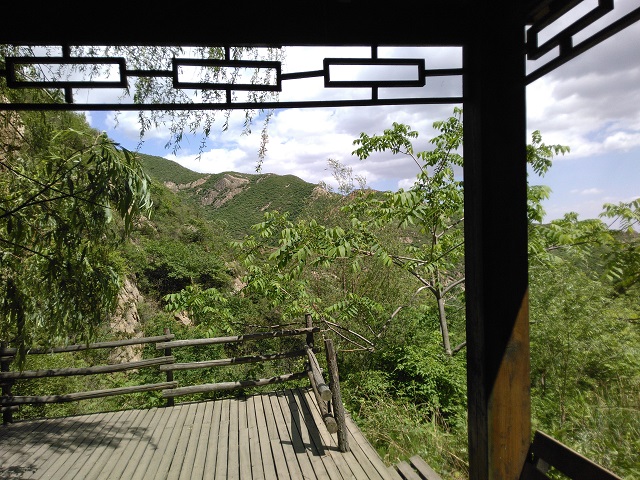 We saw a pheasant but it was camera shy. Here's the wildlife that agreed to pose for pictures: 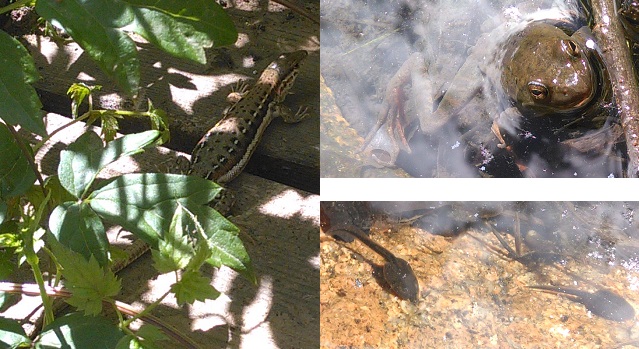 And finally we arrived at the first of the caves: 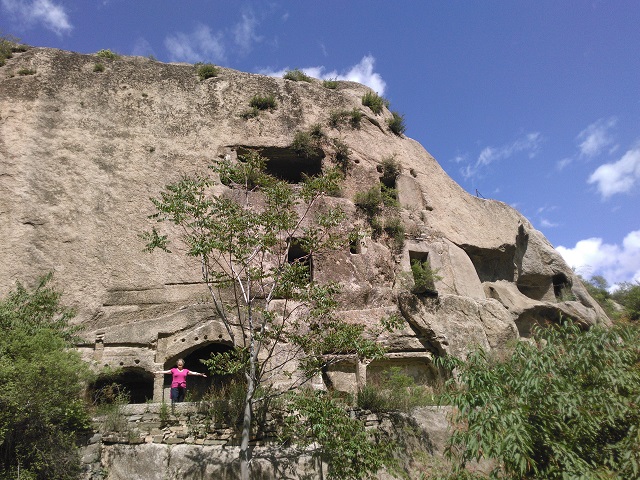 The first cave in this section houses a shrine which starts out with some painted kings or warriors. These are clearly modern additions to the caves which are thousands of years old: 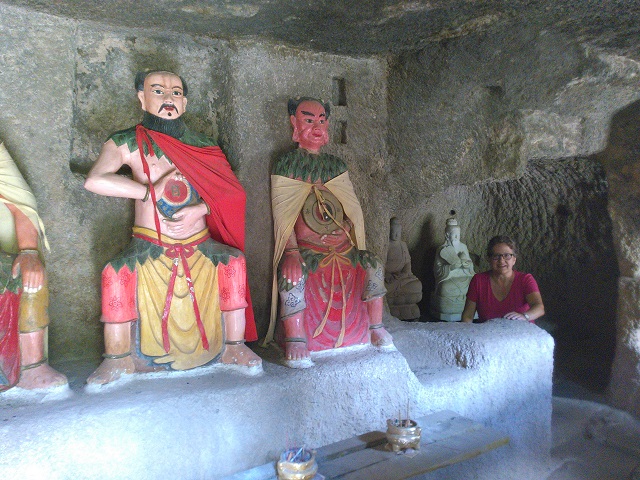 and then goes in deeper are 3 white smaller statues, perhaps 3 wise men? 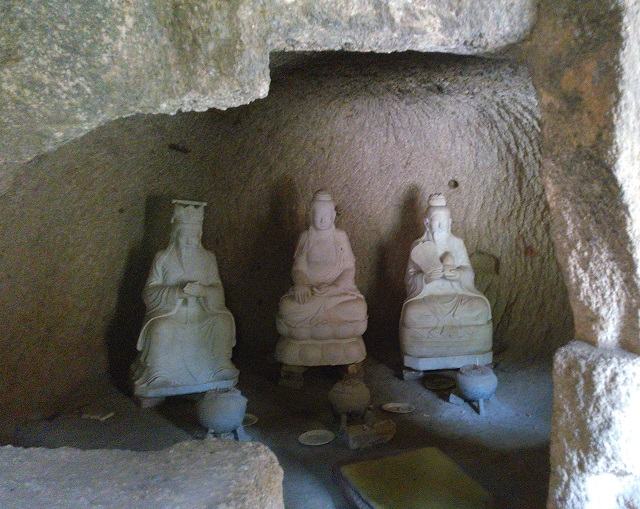 After a short trek further are more caves: 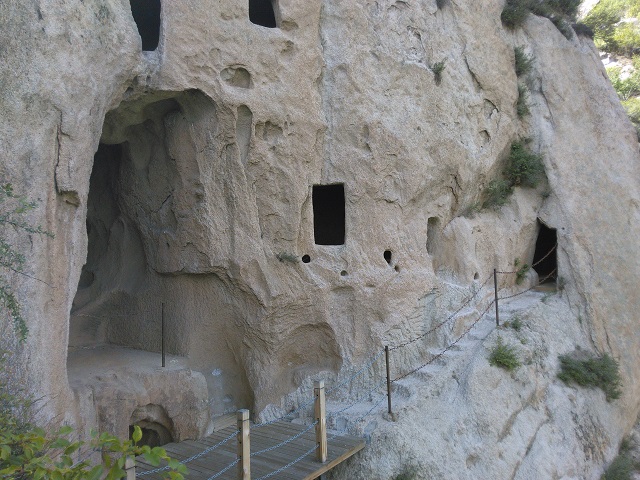 Then another trek reveals even more caves with elaborate networks inside: 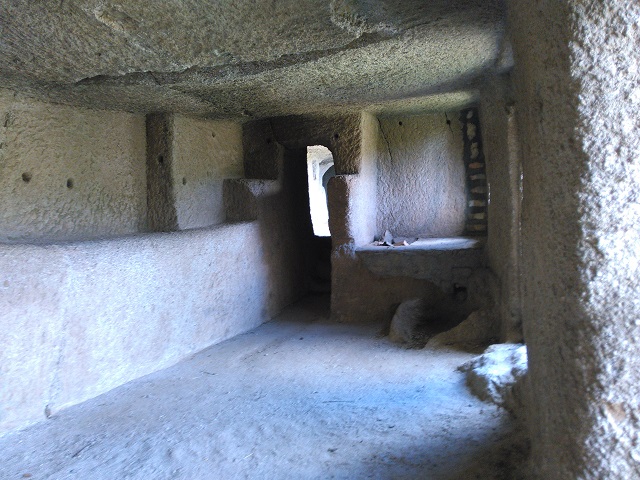 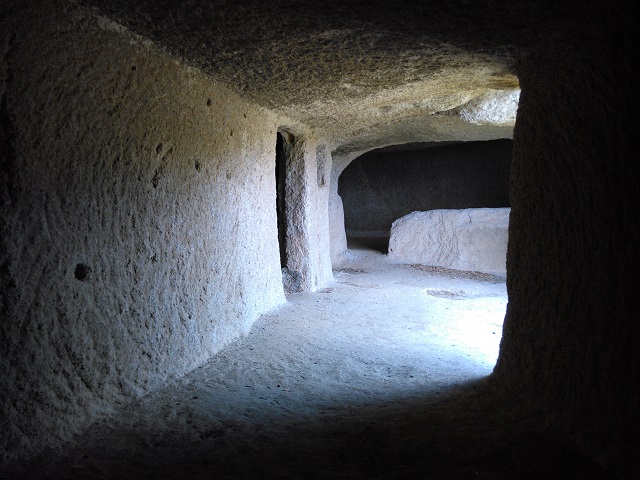 View from the the balcony: 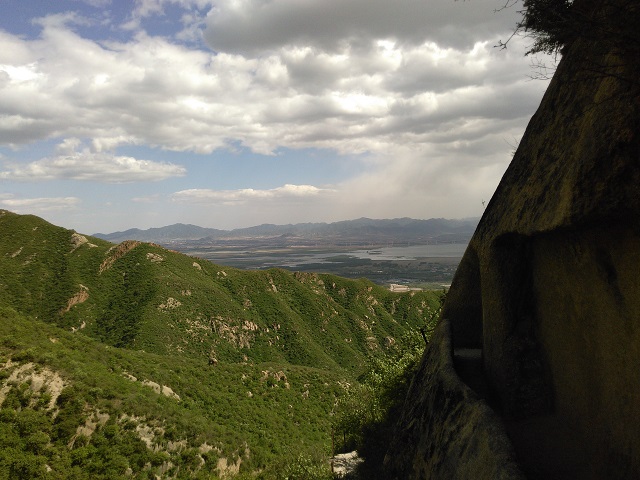 These caves are definitely more interesting than the publicly accessible ones. There are not as many caves as at the main location, but we can climb in and out and wander through and explore them all. At the big site we were only allowed to poke our noses into a few display caves.

And, now, earlier this week I decided to get in shape and start jogging. One of the leaders here is a marathon runner and now that he has completed the "Great Wall Marathon" he is taking it easy and taking some of us out on nice easy short runs. Well, except for my very first run, he decided "lets run up to the caves and back". Well I only made it up to the viewpoint where we can see the temple below - 3.6 km, all uphill. Not an easy first run. The last couple of runs have been 2.5 KM on gently sloping ground - much more reasonable.
Posted by Unknown at 8:35 AM