Its definitely winter here. It started snowing about 3 weeks ago. Not a lot of accumulation yet but its still all white and it gets down to -10 to -15 degrees every night. 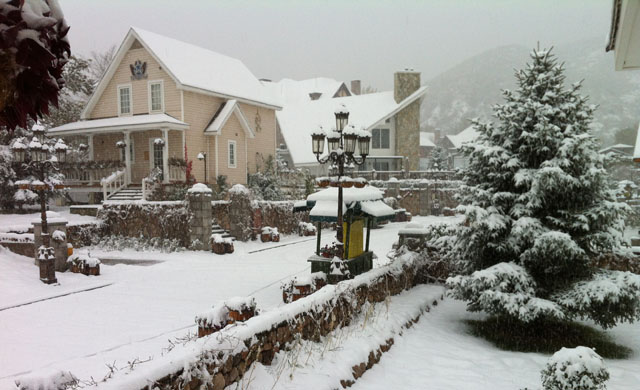 And about once a week we get to see blue sky (that's our house as seen from the bridge): 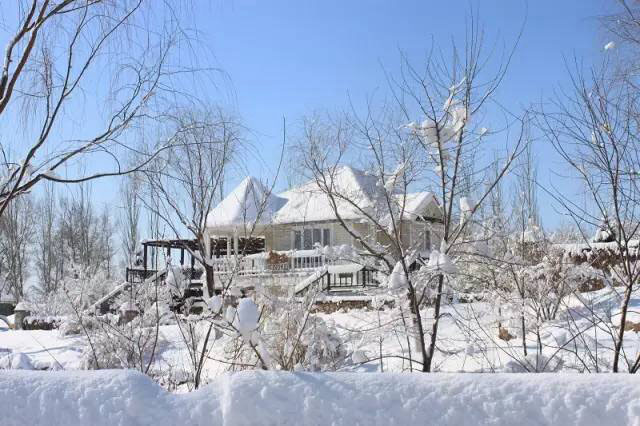 Headed off to work in the first snow. Fortunately, after living 4 years in Blue River ski resort with only a bicycle for transportation, I am ready to tackle the streets: 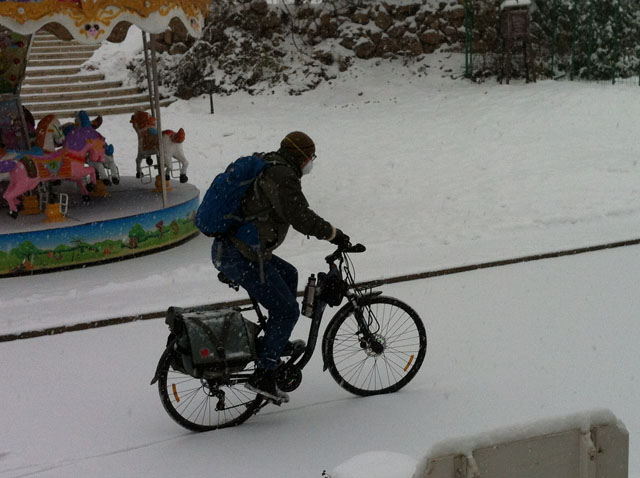 Once I got to work, There were 2 others already there waiting at the door, no one with a key made it in yet. So I had some time to play in the snow: And then it started getting even colder and the zipper broke on Carole's Jacket so we ordered a new one: 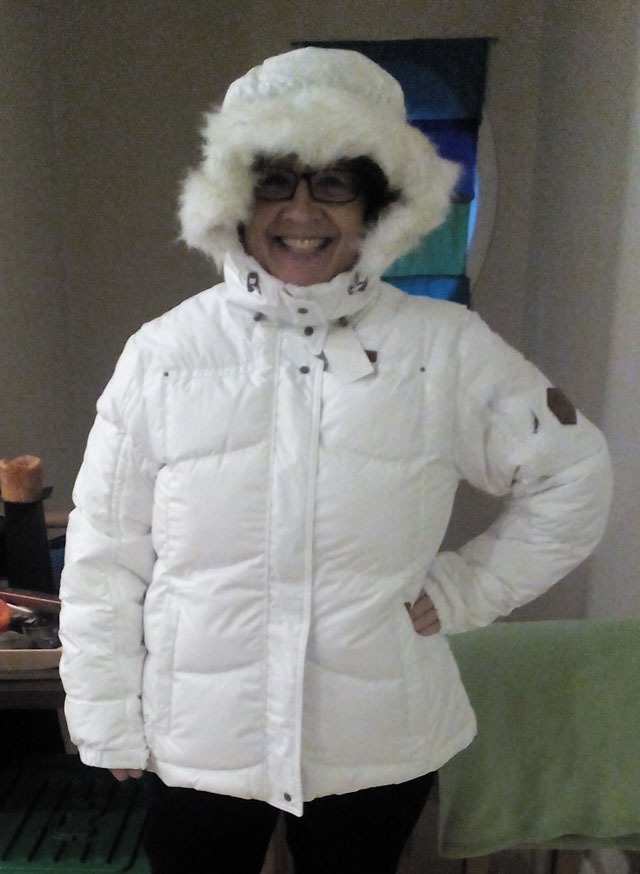 One can order almost anything online here and the shipping cost is either free or at the very most $2. You almost never have to go to the store. This is handy for us because it is not at all convenient to go to town.

Even so somewhere around this point I went to town on a day off to buy a thermostat. There was no automatic control for the heat in our house.  We had to go down to the basement electrical panel to turn on or off the circuit breaker for the heating system. On investigation I found a pre-wired electrical connection up in the living room that obviously used to have a thermostat. I guess at some point the original thermostat malfunctioned and it was removed.

Anyway, we kind of wanted the thermostat right away so I made the trip into town. equiped with a printout of wall thermostats I made the rounds of the hardware district. Everyone said the don't have any. Finally I found a shopkeeper who who explained to me in a mixture of sign language and simple Chinese words that there are no thermostats in town, I would have to go to Beijing or order one on-line.  I took advantage of being in town to get a haircut and got a few supplies then went home and ordered the thermostat online. Here it is, as well as a picture of one of the thermostats on our heating system that was set to 65°. Setting this thermostat to 75° and putting a wall thermostat in the living room finally made our house comfortable for the extreme cold and the medium cold days. 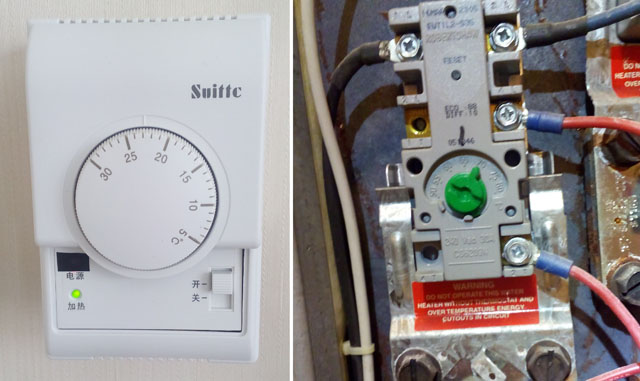 There were some days here where everything was paralyzed because no traffic was moving in the snow. We heard that the highways were plugged solid with nothing moving. And around the community here it was also a problem until the snowplows came into play. Here is what one of the small snowplows looks like on the street outside our house: 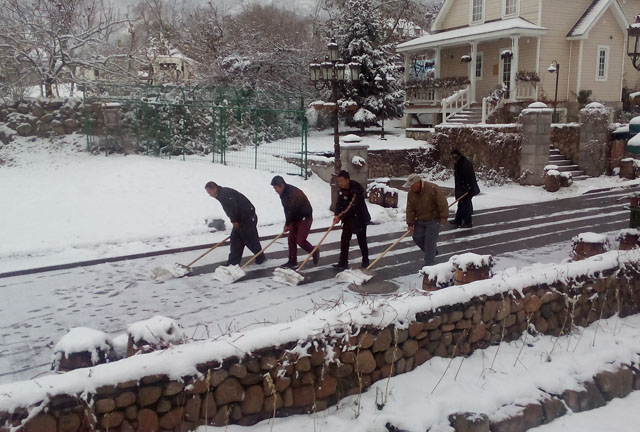 As you can imagine it took some time to get even just the main roads clear when there was 15 or 20 cm of snow. The above photo is just a small snowplow because its a small street and very little snow. Here is a picture of one of the bigger snowplows heading back after clearing a road: 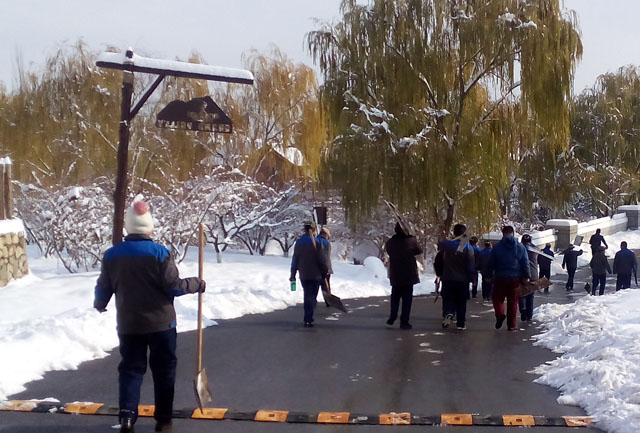 Of course there were snowmen appearing all over the place. Like this one just outside the restaurant window looking in at us while we eat. This is the upstairs dining area and the snowman is on the roof of the lower portion. The Chef opened the window and went out on the roof with our boss's 3 year old to make the snowman. We would have done this as kids but nowadays in America someone would be sued if he let a 3 year old out on a roof with no protective railing around it. 2 weeks later, this snowman is still there looking in at us every meal: 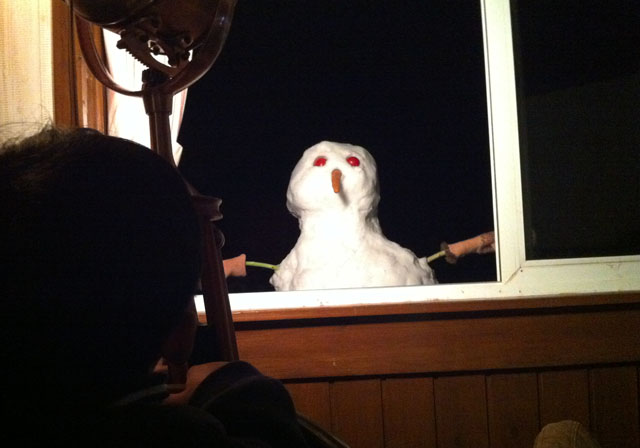 Here is another example of taking risks with kids. Tobogganing on the street like this is a bit more than I can imagine doing when we were kids: 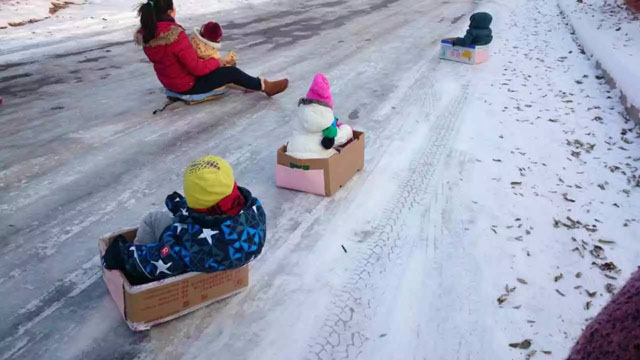 Although we know these kids, we did not actually witness this activity. We pulled the photos off of WeChat which is the Chinese replacement for Facebook. The great firewall of China blocks a number of sites including Google and Facebook.

For the last photo, here is another pulled from WeChat. It is the "downtown" and surrounding area of Jackson Hole (The community where we live) at night, taken from a UAV (Unmanned Aerial Vehicle): 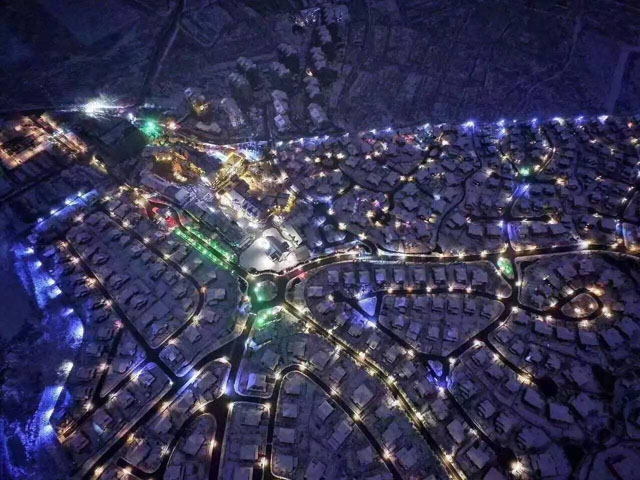